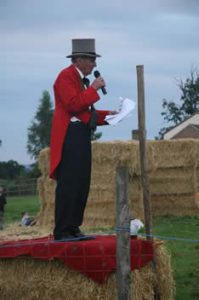 Yarcombe is situated within the Beautiful Blackdown Hills, an Area of Outstanding Natural Beauty in East Devon, just off the A303 near Honiton.

Historically we have some claim to fame. Earl Harold (as of King) briefly owned the manor, prior to his demise at the Battle of Hastings, and much later in Elizabethan times the ownership passed to Sir Francis Drake. Today one of his descendants remains squire of Yarcombe. There was also infamy in the time of the Hundred Years war when money was sent from Yarcombe by its French owner to the armies of France to fight the English.

For several years The East Devon Sheep Dog trails have been held here in July.

We would love to hear your feedback about any issues concerning you. Please visit our contact page to get in touch.

Our area has a fascinating history. Visit our History page to find out more about the history of our Parish.

Checkout all the upcoming events in our locality. Get involved with your local community. Click the link below to find out more.

View the Meetings Calendar to find out more information, including dates, times and locations.